A LITTLE INFO ABOUT US

Reload offer a range of retro motoring apparel, taking design cues from the era of DTM and Group B rallying. Our top quality T-shirts and hoodies with these designs can be found in our shop section.
Reload are proud to be an official stockist for 8380 Laboratories products in the UK and Europe. Bringing you 8380’s stunning motorsport inspired designs from the USA, you can order with confidence knowing you won’t have any unforeseen import charges.
Reload bring you features and stories from enthusiastic and obsessive owners, from ‘restored to new’ daily drivers, to those low mileage cars hidden away in filtered air storage bubbles. We are both serial car hoarders and have had many fast cars, hot hatches and modern classics between us. The more we talk about them the more we realise how much money we’ve spent on them over the years, best not to think about that for too long…. 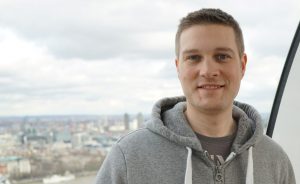 E30 M3, ever since owning an e30 318i as a teenager, I promised myself I’d have one someday, I flew to London to buy it after seeing it on ebay, the owner was trading them weekly, mostly bringing them in from Germany, but this had been in the Uk for sometime. He said it’s one of the better ones he’d seen. It came with a fully packed folder of service history, including the original german logbook, and receipts of what had been done since it arrived here. That was in 2006, and its still parked in the garage now, though out of daily service for a number of years now. So glad to say I have owned one, as the prices are colossal now, and justifying those costs for a second car would be hard to explain to the wife.

I bought a mk1 Golf GTI, again whilst prices were nowhere near the prices they are fetching now, again an ebay purchase (can you see a pattern emerging here?) that turned out to be a stunning little car. It was a 1979 Series 1, with a 1.6 4-speed engine and box, and it flew! I remember taking it off the clock on the 300 mile journey home, it was as basic as could be and I loved it. It ended up being swopped with a friend for an e30 sport with a 3.5L conversion!

n.b. these are subject to change on a daily basis dependent upon facebook feed, pistonheads classifieds and many other external influences. 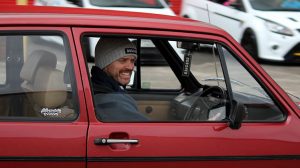 My 1990 mk2 gti 8v. Owned this car for close to a decade and drove it daily for 5 years of my ownership. Loved the fact it was practical as a daily and such a rewarding chassis/engine to push when you wanted to have some fun. I had to sell it a few years ago but have replaced it with an Edition one G60 Mk2 Golf which is currently under restoration to ensure my Mk2 fix will be satisfied  in the years to come.

Another Mk2 golf but this time with a 150bhp pd diesel engine conversion. With a hybrid turbo, enlarged intercooler and upgraded software map, it dyno’d at 221bhp! It was definitely one of the most fun cars to drive, it pulled 0-100mph like nothing I have owned before…the torque was amazing…all fitted in a perfect mk2 chassis. Many higher powered cars were embarrassed and egos bruised in my ownership.

G40 Polo – I bought this locally as accident damaged and repaired it for not very much. I’d vowed to own one after having a Polo a few years prior. What a pocket rocket, with the sleeper looks no one expected it at all. It was a great handling car with awesome supercharged plant. There aren’t too many of these left on the roads these days (I think Colin also has one tucked up somewhere)