Cars at the Mill

Cars at the Mill

Not many car shows hit the right notes when hosting their first event, but Cars at the Mill was an exception to the trend. Held in Raceview Mill, Broughshane at the end of April, the unique venue saw the congregation of several eras and types of show cars. All in aid of the Kevin Bell Repatriation Trust. The show organiser’s recently announced they raised just under £10,000 for the charity.

We were located in the Gallery zone, near the main entrance. Where we were alongside some great examples of cafe racers by Landspeed. We also neighboured a fantastic collection of Ford Cosworths and some exquisite retro Porsche shown by McMillan Porsche…just how we like it.

The venue encouraged you to explore every nook available, finding corridors and caverns filled with automotive gems. Not to mention pathways with everything from motorsport prepared Mk2 Ford Escorts up to modern day 911 GT3’s.

A particular favourite of ours was Mark King’s Cosmo Green Mondeo Cosworth, with sub- 20k on it. This is a rare beast, previously a Reyland Motorsport 4wd conversion, it lay since 2002 before Mark bought it and restored it to it’s former glory…. and then some! Keep up to date on it’s progress on Mark’s build thread on RMS.

Another stand out vehicle was Geoff McCooke’s stunning Campervan which took Car of Show.

The show had a great chilled out vibe and was enjoyed by everyone that we spoke to. The question now is whether the show will return in 2018!

Many thanks to the whole Cars at the Mill team for having us. 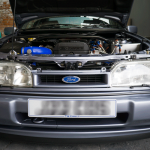 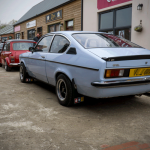 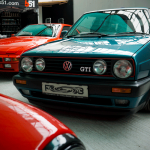 About the Author: Nigel